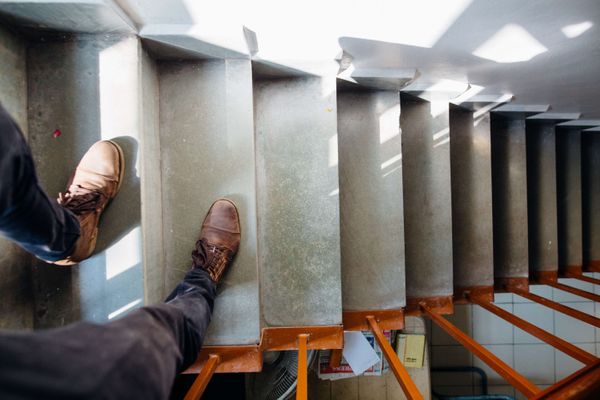 One of our corporate clients holds 4-hour bi-weekly Culture Club meetings with their leadership team. After meeting every other week for more than a year; let’s just say, they’re pretty close. This group is the poster child of true commitment toward building a cohesive leadership team.

One of our corporate clients holds 4-hour bi-weekly Culture Club meetings with their leadership team. After meeting every other week for more than a year; let’s just say, they’re pretty close. This group is the poster child of true commitment toward building a cohesive leadership team.

A recent meeting started a little different than usual. One member announced that he had decided to step down from the leadership team and go back to his non-managerial role in the company. He had been struggling for a while and realized he had gotten promoted to a level in the organization that was no longer his wheelhouse. He missed being the in field and doing what gave him energy. Being a manager wasn’t in alignment with his passion.

The room was silent. This is a well respected and admired leader making a difficult decision (after consulting with the CEO) to do what was best not only for him, but the company. While it was hard to completely see all the emotions behind the masks, it was evident that many were struggling to see their colleague make this change, even though they all knew it was for the best.

After he left the meeting, the rest of the leadership team decided to honor him by tying his work to the corporate values of Flexibility, Accountability, Commitment and Teamwork. This is what the President and CEO sent out to all staff:

(Names have been changed for anonymity)

Many of you are aware of our company values: Flexibility, Accountability, Commitment and Teamwork. I’d like to share how our leadership team sees Bob as a champion for all of these.

Flexibility: Bob is always willing to switch gears to help someone out with an issue. He continually goes above and beyond the call of duty and would do anything for anyone.

Accountability: Bob exemplifies the value of accountability. He stays on the job until its done and takes pride in his work. Never looking to blame, he owns what’s his.

Commitment: When I asked Bob to join the leadership team, it was because we had a void, and I knew he would step in and help. The value of commitment is engrained in him. The time is right for Bob to follow his passion which is being in the field. This demonstrates his commitment to all of us moving forward.

Teamwork: Thank you Bob for helping us take down silos in the company all in the name of teamwork. Because of Bob we see stronger collaboration among all the departments.

Bob told me that he wanted to be the best asset he could for our company. I appreciate his transparency and dedication to this work. I can speak for the whole leadership team that we are sad to not have him at that table moving forward, yet so grateful for what he has taught us along the way.

This leadership team has done the hard work of building trust, mastering healthy conflict, achieving commitment, embracing accountability, and focusing on results. If they had not gone through that journey together, I am confident Bob would not have been able to make his decision surrounded by support. At The Executive Guide, we see so many examples where the opposite is true. Someone is in the wrong role and instead of changing roles, they leave the organization because there is no other clear path.

Cohesive leadership teams that live and breathe their values are powerful, yet rare.